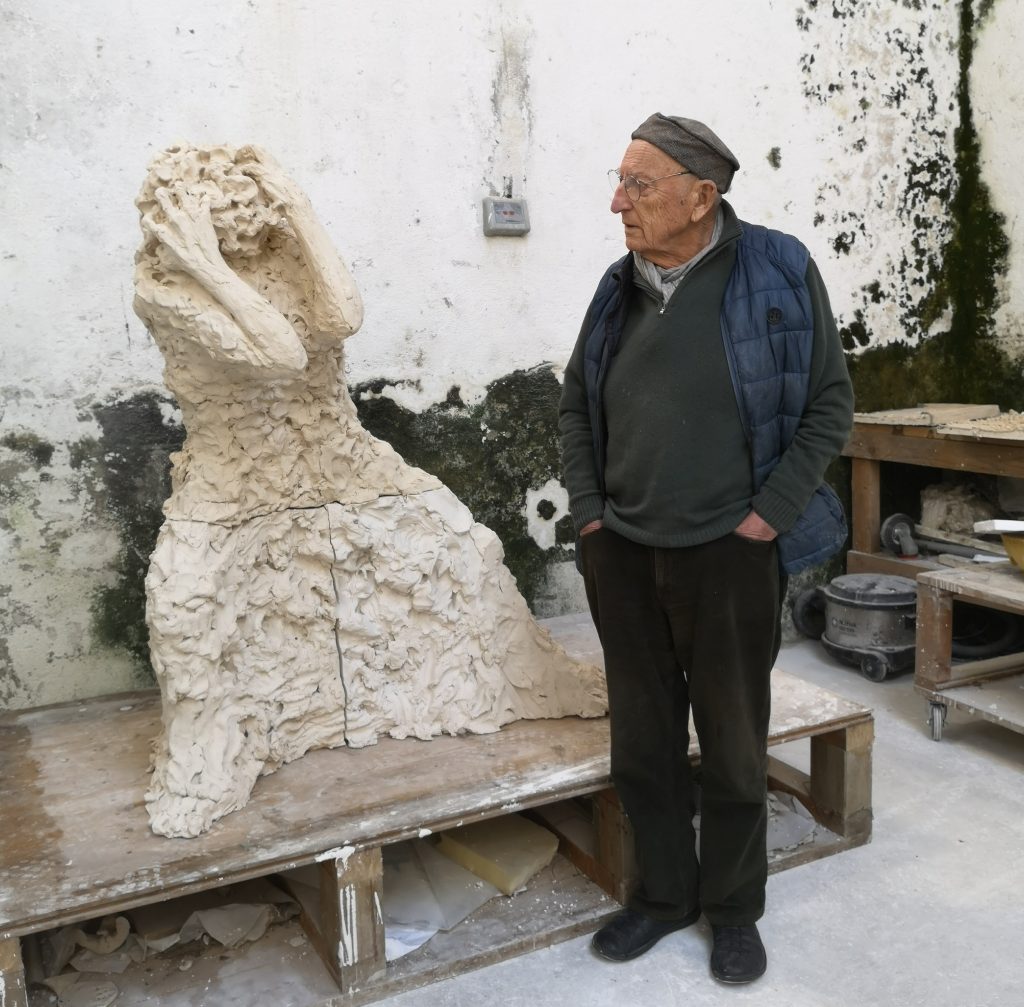 Jørgen is one of Denmark’s most esteemed and celebrated sculptors. Listen to him discuss his fascinating life and work with Johnny Messum ahead of his show at Messums London this Autumn.

Jørgen Haugen Sørensen, born in Copenhagen in 1934, is one of Denmark’s most esteemed and decorated sculptors. Since the age of nineteen, he has lived and worked in various European metropoles such as Paris, Verona, and Barcelona. In 1971 he moved to Pietrasanta in Tuscany, Italy, which has served as his primary residence ever since. Throughout his entire artistic career he has consistently and independently focused his attention on the human condition in society.

Since his debut in 1953 he has without any formal training or schooling shifted effortlessly between materials and modes of expression within the sculptural sphere, and mastered each transformation with continuous success. In a continuous line towards abstraction, Haugen Sørensen engaged with the Portuguese granite for more than twenty five years, and created some of his most significant and monumental public sculptures for cities and landscapes throughout Europe and the US, before he, in the late ’90s, returned to a more direct sculpturing in clay, and in recent years towards expressive bronze sculpture that has been modelled up in clay.