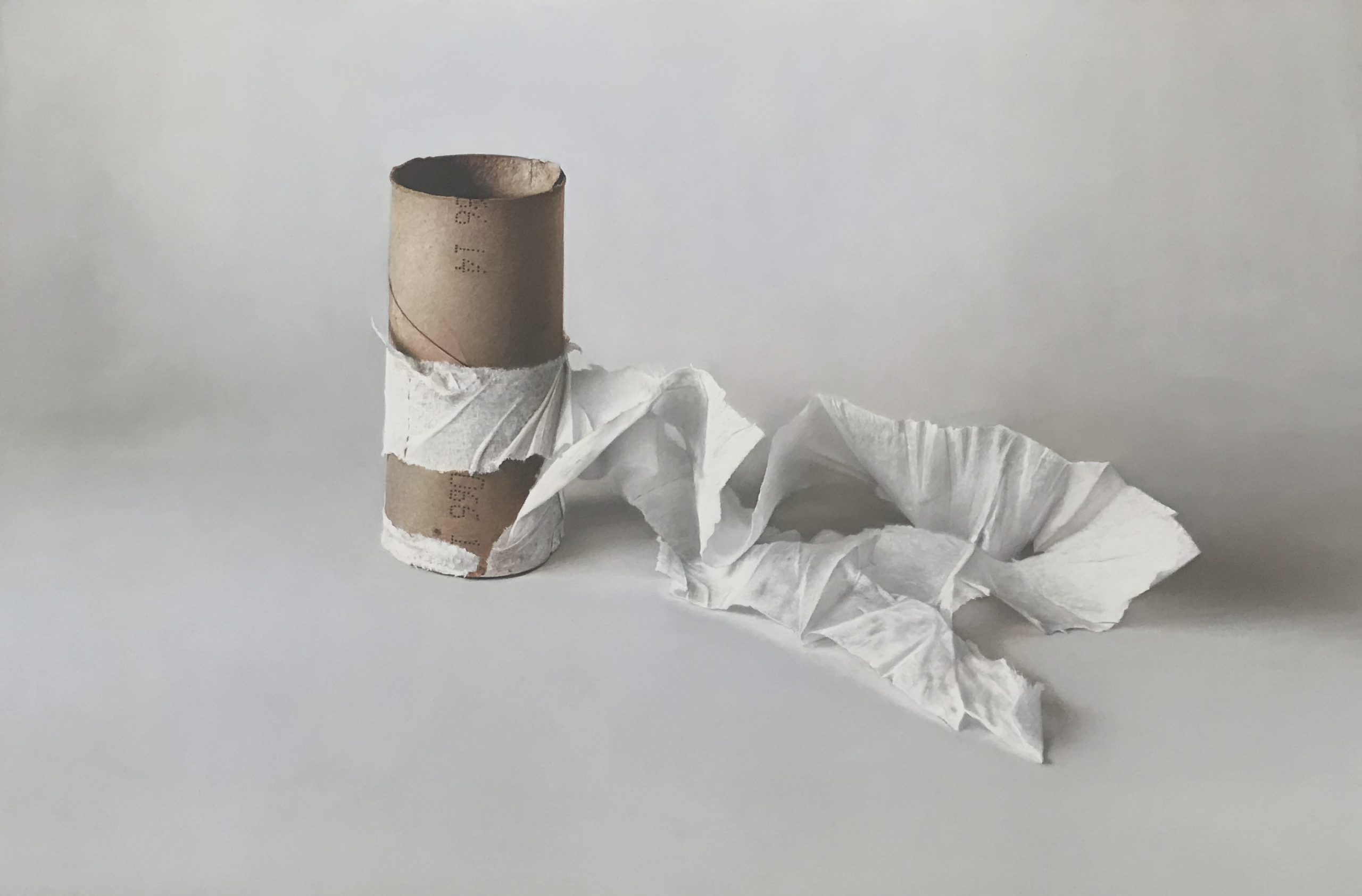 Sanctity in the Mundane

Andrew Hemingway finds inspiration in the ordinary fixtures of domestic life and turns them into pieces of visual poetry. We are delighted to present his latest series of 19 pictures of cardboard toilet roll interiors, which appear almost anarchic as an artistic subject yet are translated by the immense skill and sensitivity of the artist into objects of beauty, personality – even dignity.

Hemingway has been making pictures of toilet rolls since 2012, and finished the last one this year – coinciding with the panic buying and scarcity of them that heralded the beginning of Lockdown. ‘It’s extraordinary how prescient the pictures have suddenly become!’ he says. ‘I was compelled to draw them as a series simply because I felt it was too difficult to tackle the whole thought process communicated in just one picture. They are my version of the façade of Rouen Cathedral which Monet painted again and again.’

‘I want to make the idea of a thing more real than the thing itself,’ explains Hemingway. ‘Everybody has seen a toilet roll like this – except possibly the Queen. They represent an experience so universal and yet one only ever experienced in private. There is something poignant and dramatic in the way the cardboard rolls look in these pictures from how they are generally seen.’

The pictures are made using Hemingway’s signature drawing technique in which powdered pigments in pastel crayons are overlaid upon one another, much as an Impressionists laid on different colours to vibrant collective, effect.