After The Flood Study

Laurence Edwards’ six-foot male figure has collected a carapace of debris. Tree branches, grasses, matter both vegetable and animal, man-made and natural, reshape him. He seems to have sprouted wings – strong protrusions spring from each shoulder and these flanks are fourteen foot in width.

But this horizontal beam could also be a yoke, balanced on his shoulders, weighing him down. The figure’s arms are by his side, suggesting the burden is not of his choosing, and the rigid pose suggests both resistance and acceptance. And bearing witness.

We tend to think of artists as devising work in a linear fashion and of that work being finished when it leaves the studio. But many artists retain relationships with their creations after that departure and sometimes their meaning can change; new experiences can flow backwards in time, adhering to the body of a piece already in existence as new ideas evolve in the mind of the sculptor.

This is the case with After the Flood… Edwards has imagined another role for his burdened man; the wingspan of accretions that defined his figure had shifted, he explains, to an exploration of the impact of natural cycles and man-made cataclysms. 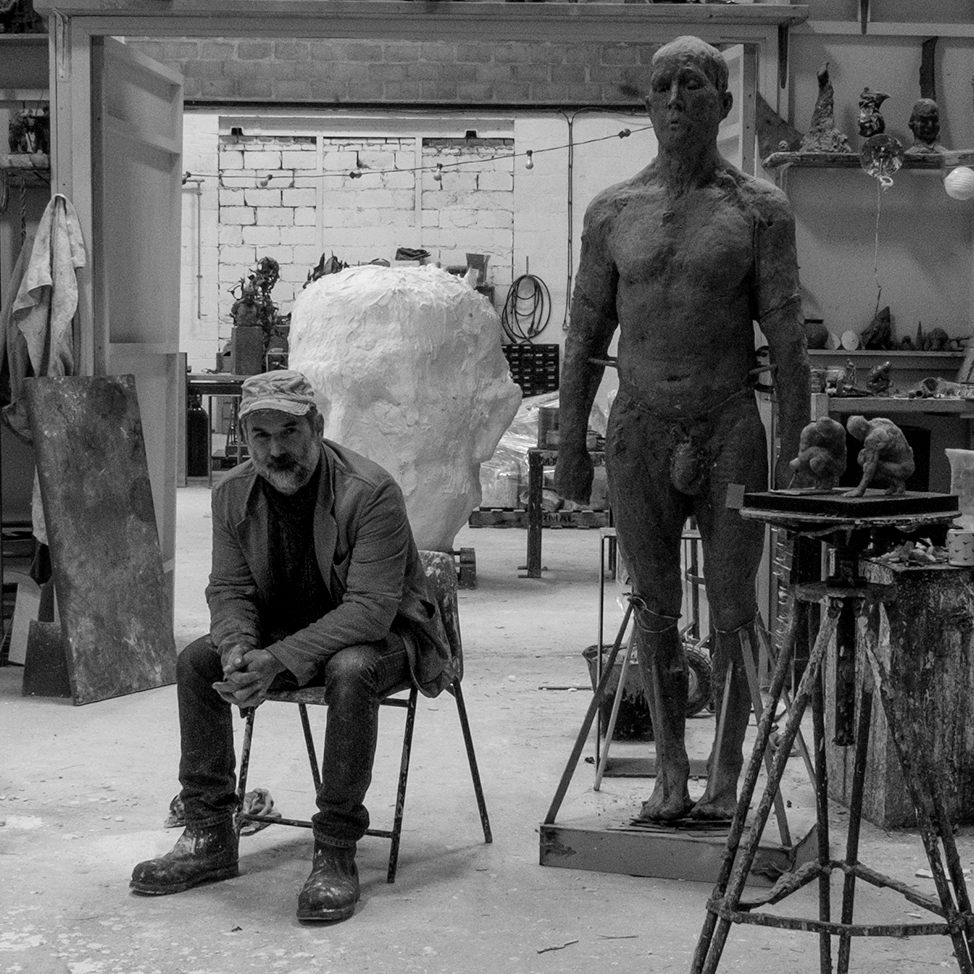 One of the few sculptors who casts his own work, Laurence Edwards is fascinated by human anatomy and the metamorphosis of form and matter that governs the lost-wax process.