“Northeastern Atacama Desert in Chile and across the border in Argentina… High altitude regions. Of particular note are the whiteout / blizzard / snow condition images which were taken in Eastern Chile, Atacama desert when I was trapped there for 8 days in a stone ‘refugio’ hut. Standing apart, the sand dune (1908) image is of the city of Iquique on the coast of Chile. The city of Iquique in northern Chile is locked in by ocean and desert and presided over by the looming structure of Dragon Hill, a vast sand dune. Urban development and the natural world collide, an astonishing spectacle of human life amid ancient desert landscapes.An earthquake in 2014, force 7.9 on the Richter scale, struck Iquique causing significant damage to the city just months after this view was captured, demonstrating the perilous instability of human existence in such hostile terrain.” 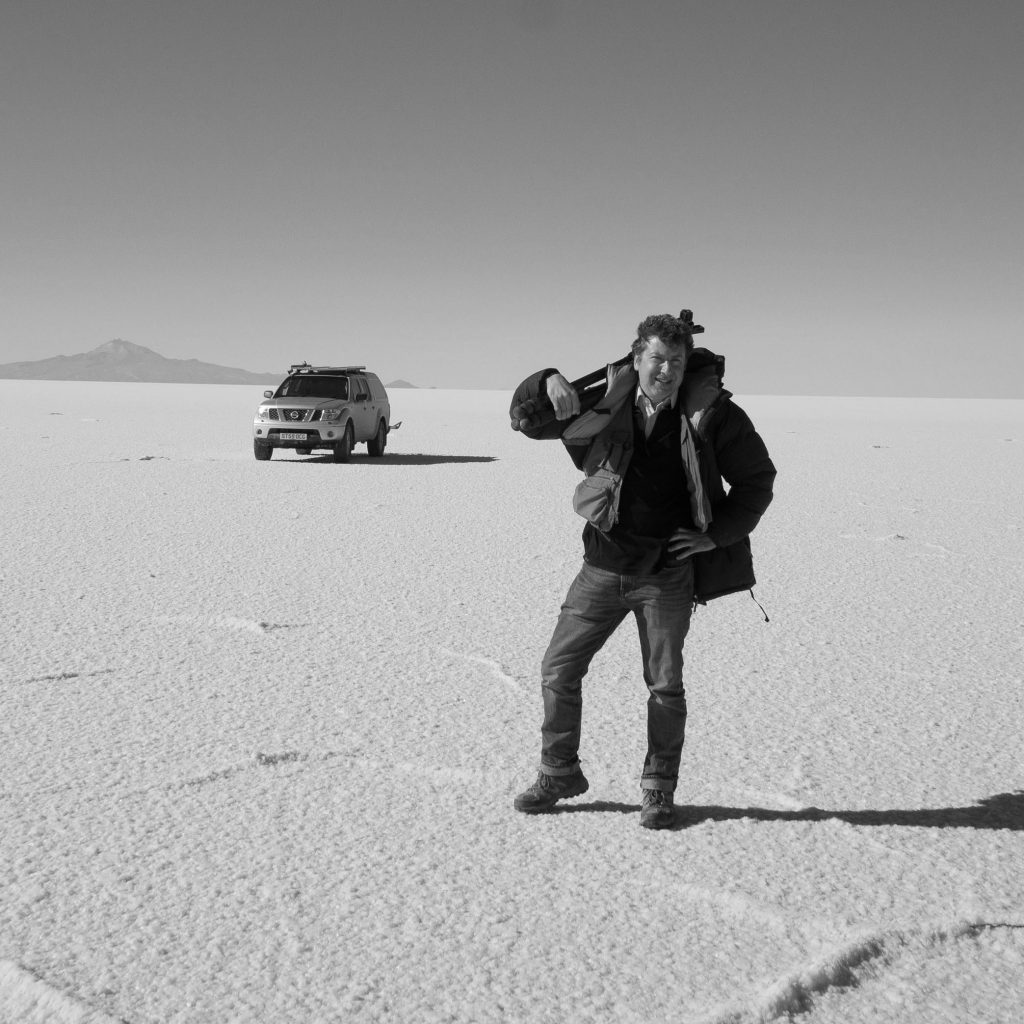 Alexander Lindsay creates photographic landscapes of extraordinary beauty. For the past forty years, Lindsay has brought his cameras to the most extreme situations and environments on the planet. From his earliest experiences with the Maasai tribe, a five year spell in Afghanistan during Soviet occupation and his expeditions to photograph and film the wreck of the Titanic 4km beneath the ocean.