For this exhibition – the second of a two-part show that opens at Messums London in December 2019 – Jackson traces the origins of his second river and the northern parts of the Cranborne Chase ecosystem where the River Nadder springs and begins its descent into Salisbury. Following the course of the Fonthill Brook, a mere one-hundred yards from Messums Wiltshire where these paintings will be shown, Jackson has produced a body of work that highlights a place of coincidence, crossed paths, rediscovery and return, and reveal ‘a glorious [] nature-filled watercourse, [and] a fragile precious habitat that deserves our continuing respect.’

Pre-order the catalogue in either paperback or a signed by the artist limited edition hardback version. 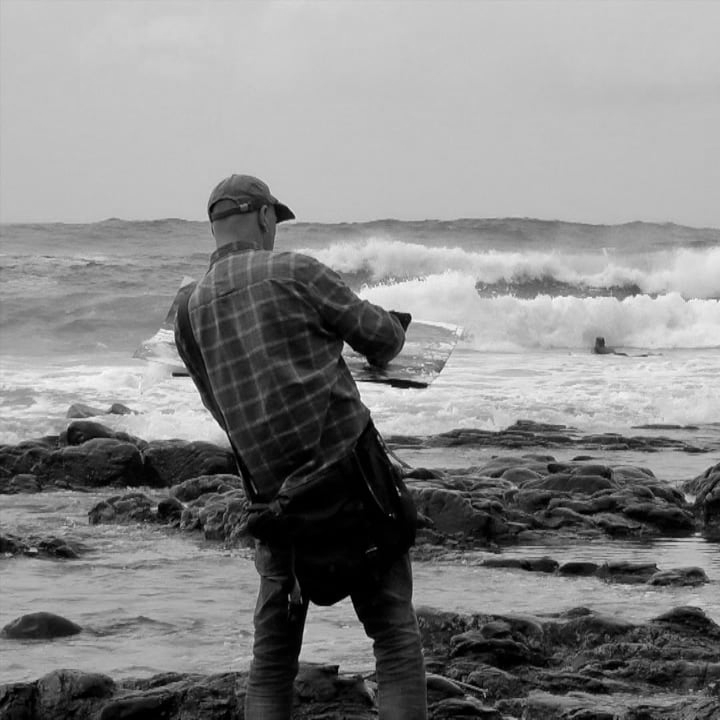 Kurt Jackson MA (Oxon) DLitt (Hon) RWA was born is 1961 in Blandford, Dorset. He graduated from St Peter’s College, Oxford with a degree in Zoology in 1983. While there, he spent most of his time painting and attending courses at Ruskin College of Art, Oxford.