etching and drypoint on Rives paper

Henry Moore would often carve directly into the material, rather model and thereby abide with the notion of ‘truth to materials’ where the material guides the form created rather than having a preformatted idea. However, this etching indicates that there was occasional pre-thought to some of his sculptures. In this etching we see Moore exploring organic forms and makes three dimensional objects but they are contained within a two dimensional landscape. What we see in this etching is the imagination on paper and get a glimpse into his creative thought process before he would decide which idea he would commit to sculptural reality. 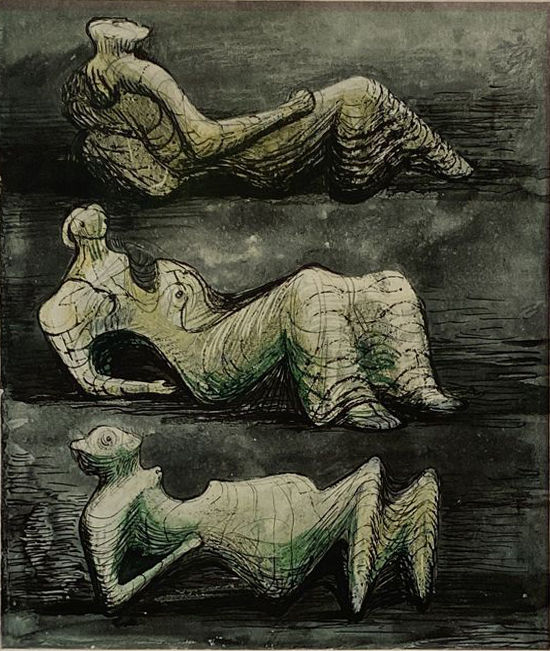 Henry Spencer Moore OM CH FBA (30 July 1898 – 31 August 1986) was an English artist. He is best known for his semi-abstract monumental bronze sculptures which are located around the world as public works of art. As well as sculpture, Moore produced many drawings, including a series depicting Londoners sheltering from the Blitz during the Second World War, along with other graphic works on paper.