Sometime in the 1600’s, somewhere in the Netherlands, silver platters are teetering on a darkly lit oak table. Bunches of peaches and plumbs spill over the silverware onto the satin cloths. A dead pheasant gazes forlornly into the middle distance and a lobster looks slightly bored as it’s antennae prods a peeled orange. A wicker basket overloads with grapes and a dead butterfly is glued to a fig.

Around four hundred years later in a dingy pub that smells strongly of beer and sticky carpets, football plays on a large screen as someone orders a ‘surf and turf’ that will inevitably taste of de-frosted plastic.

Better than the Dutch masters, more gluttonous than the upper classes of the 1600’s and as ironic as the pub classic, the namesake of his new work, Elliot Walker draws up a seat at the proverbial feast and assuredly becomes the loudest voice in the room.

In a medium commonly associated with daintiness and refined decorative fragility Walker clears this table with confidence. It suits him that his latest narrative in glass is one of excess, sensory gluttony, and, in terms of technique, a challenge that throws down the gauntlet to the glass blowing world.

Back at our feast, frozen in time in the sixteenth century, one could reach through the ornate gold picture frame and touch the soft flesh of the peaches and feel the cool goblets, the wine looks so intoxicating it fills the twentieth century nostril. Walker’s Surf ’n’ Turf offering invites a warier feaster to the table. More artifice than natural this feast will never rot, there are no flies on this table. There is nothing soft about this abandoned dinner party.

Away from the glinting light refracting off these extraordinary objects there is an underside of darkness. Walker points out that ‘the vitrification of materials is a common occurrence at sites of great calamity’. There is a sense of abandonment at this particular dinner party. A vitrification, or fossilisation, moments before a disaster of grand scale, the guests running for cover as molten pumice and ash rain down, freezing a scene of apparent serenity forever. In a dark parody of the Dutch still life this display nods to the perpetual scene of bountiful life and flips it on its head. 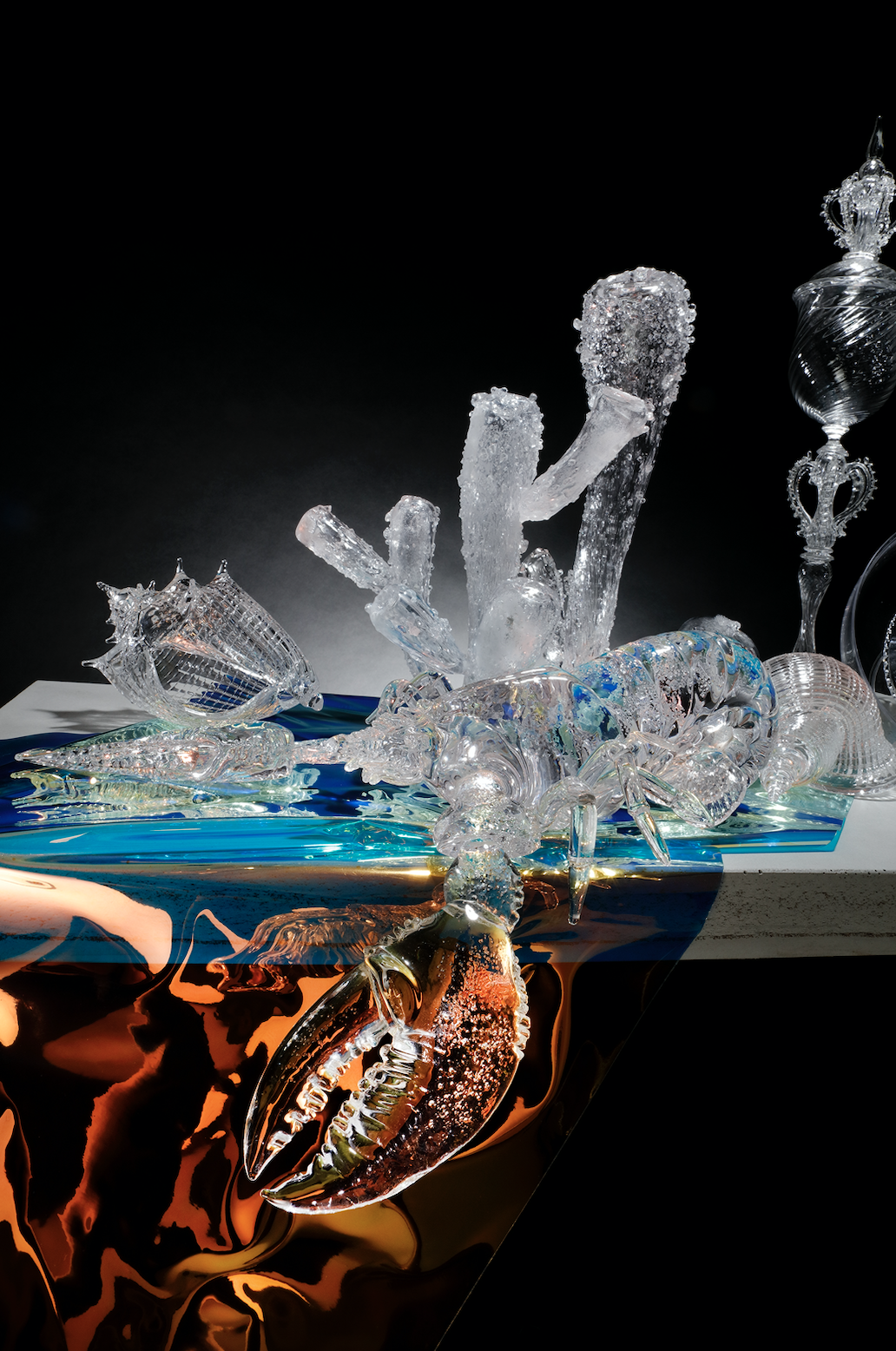