From his native Welsh valleys to the Australian outback, via romanticism, modernism and postmodernism, John Beard has remained intellectually and artistically itinerant and unfettered. His geographical meanderings parallel his ongoing discourses as painter. The whys, the hows, the wherefores. Through his drawn and painted marks he maps undiscovered spaces like a cartographer charting new terrains. Each brush stroke smeared on canvas or paper becomes a search for fresh vistas and new worlds.

Messums is delighted to represent the contemporary painter John Beard, whose works have been exhibited worldwide and are held in the collections of major gallery museums and institutions, and to welcome him to the gallery for his first UK solo exhibition since 2013.

John Beard is a painter whose subject is as much the process of painting as it is the artworks he makes and his practice, which has spanned over forty years, explores important propositions about the role of painting in the 21st century. This continues with a new series of self-portraits inspired by the author of one of the most influential books on human anatomy, Andreas Vesalius.

Lockdown has given him the chance to take a new direction. Using paper towels soaked in pungent turps held in a rubber-gloved hand, hog and sable brushes loaded with Cobalt and Cerulean Blue, Raw Siena and bleached off- white beeswax, he has swept transparent veils across his canvases to conjure a new set of ‘self-portraits’. Memory played its part as an arsenal of letters and numbers drawn from Welsh grammar school O-level art returned, decades later, in a paean of remembrance – Avenir, Baskerville, Helvetic, Times New Roman, Futura – to delineate the orifice of an eye socket or nose, a lip or cheek bone. These works became an extension of his exploratory mapping process: a reaching towards, an exploration that follows wherever the initial marks lead. He insists that he really didn’t know what he was doing when he first embarked on this series but found himself using typographical forms to suggest the structure of a face, playing with the negative space between letters and numerals. Unsure of his direction, he worked on all sixteen canvases simultaneously, like a traveller trying different routes to arrive at their location. When he hit a dead end in one work, he simply moved to another, slowly resolving the problem through the process of making, without allowing himself to become bogged down in any one image. This continuous Beckett-like process of failing and picking himself up, allowed mistakes to be resolved as solutions. Landscapes became bodies, fonts became faces. The word became image.

John Beard’s work can found in major collections world wide including the Tate and National Gallery of Australia, and has exhibited widely nationally and internationally, notably at the Royal Academy, the National Portrait Gallery, the Centro de Arte Moderna in Lisbon and Tate St Ives.

Born in Aberdare, Wales in 1943, Beard studied at the University of London and the Royal College of Art. He has had a distinguished teaching career throughout England and Australia before arriving in Western Australia in 1983 to become Head of Fine Art, at Curtin University, Perth. In 1989. he resigned from teaching in order to devote his full attention to his practice, travelling extensively and living and exhibiting in New York, Madrid, Lisbon and London before establishing a Sydney base in 1997. 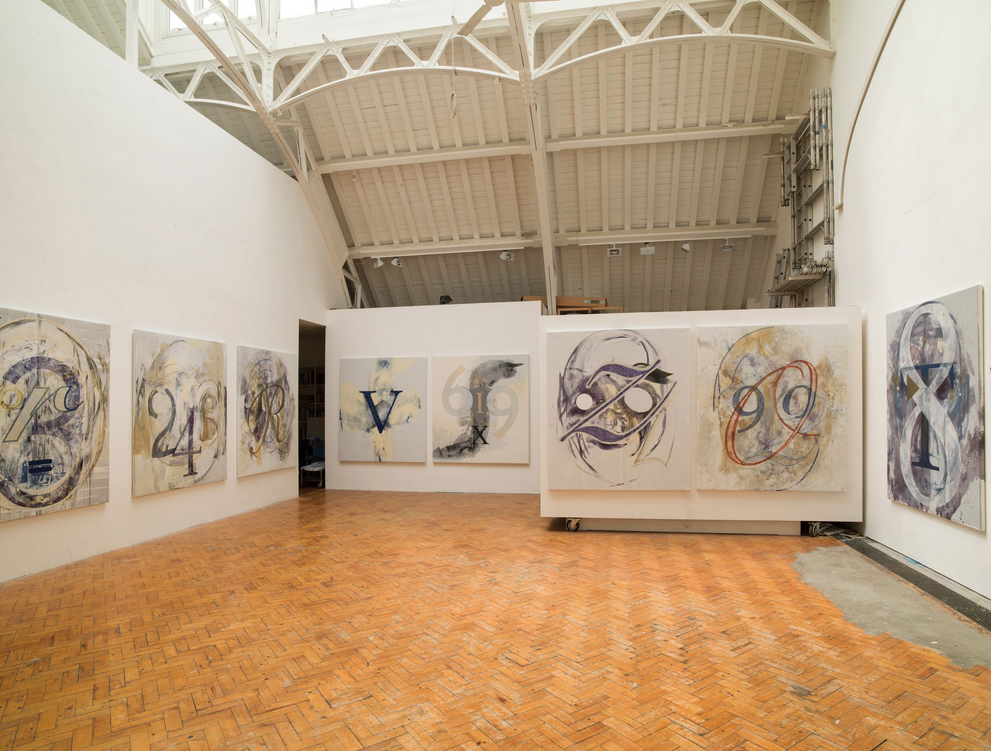 In 1998 he was Artist-In-Residence and his work was the subject of a solo exhibition titled After Adraga at the Tate St Ives in the UK. In 2000/1, His work Wanganui Heads was selected to represent the year ‘1998’ in The London National Portrait Gallery’s Painting the Century, a Hundred years of Portrait Masterpieces. In 2002, Beard exhibited in HEAD ON: Art with the Brain in Mind, at The Science Museum, London, England. He held a solo exhibition titled After Adraga II at the The Gulbenkian’s Centro de Arte Moderna in Lisbon, Portugal, and at The Art Gallery of New South Wales in Sydney, Australia. In 2009 the late William Wright curated a survey exhibition titled Headlands, works from 1993 -2007 for The Drill Hall Gallery in Canberra. In 2010 a large body of work titled Gesichtlos- die Ästhetik des Diffusen/ Faceless- the aesthetics of Diffusion, was exhibited at Kunsthalle Darmstadt in Germany. His most recent solo shows in London have been at Hales Galley and at The Fine Art Society Gallery. In 2013 he exhibited at The Royal Academy of Art’s exhibition titled ‘Australia’ .

In 2011 a major monograph of his work was published and launched in London at The Royal Academy of Art by Charles Saumarez Smith and in Sydney, at The AGNSW by Edmund Capon.

The artist divides his time between London, Sydney and Europe.