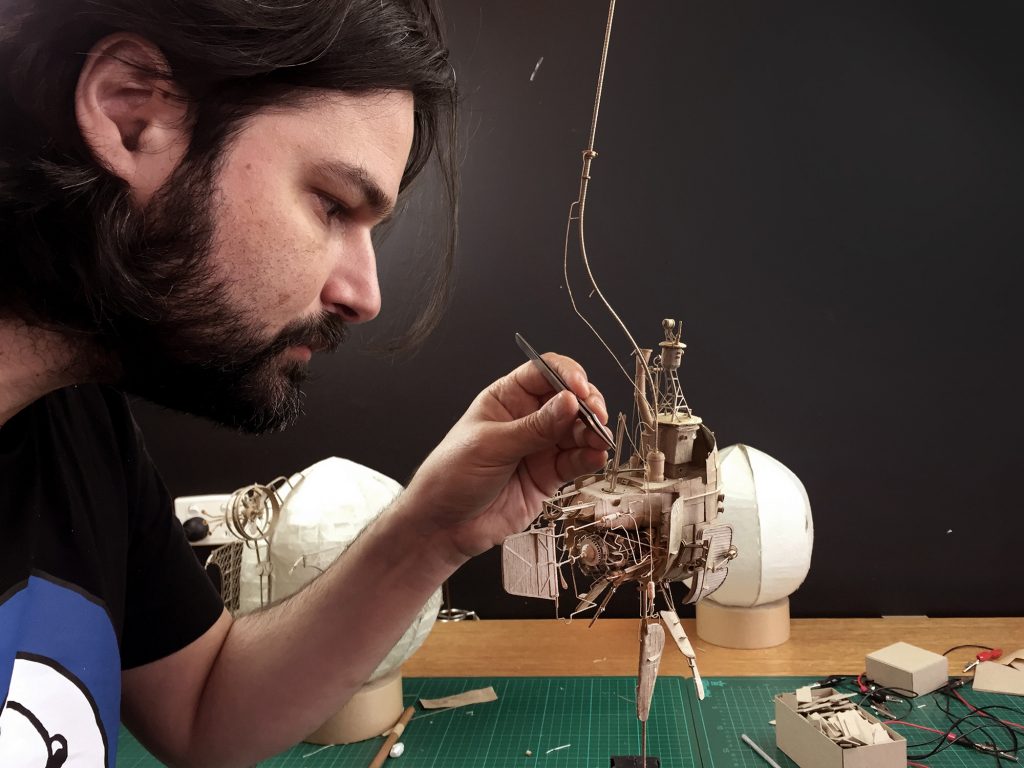 Daniel Agdag discusses his working practice with writer and broadcaster Fiona Gruber. Working in pared down materials and at an incredible level of detail we explore how his work sifts film and the imagination in pursuit of inspiration, ahead of his exhibition Radio Silence at Messums London and Wiltshire this Autumn.

Daniel Agdag is an artist and filmmaker based in Melbourne, Australia whose practice sits at the nexus of sculpture and motionography. He creates highly detailed sculptural pieces that have been described as ‘architectural in form, whimsical and antiquated in nature and inconceivably intricate’.

Daniel describes his work as ‘expressions of symbolic self-analysis reconstructed in three-dimensional form’ – mechanical manifestations of his thoughts, ideas and ancestral stories. He takes inspiration from the overlooked, concealed mechanisms and systems that enable the industrialised world to function, and often explores the playful, fantastical realms of invention and imagination.