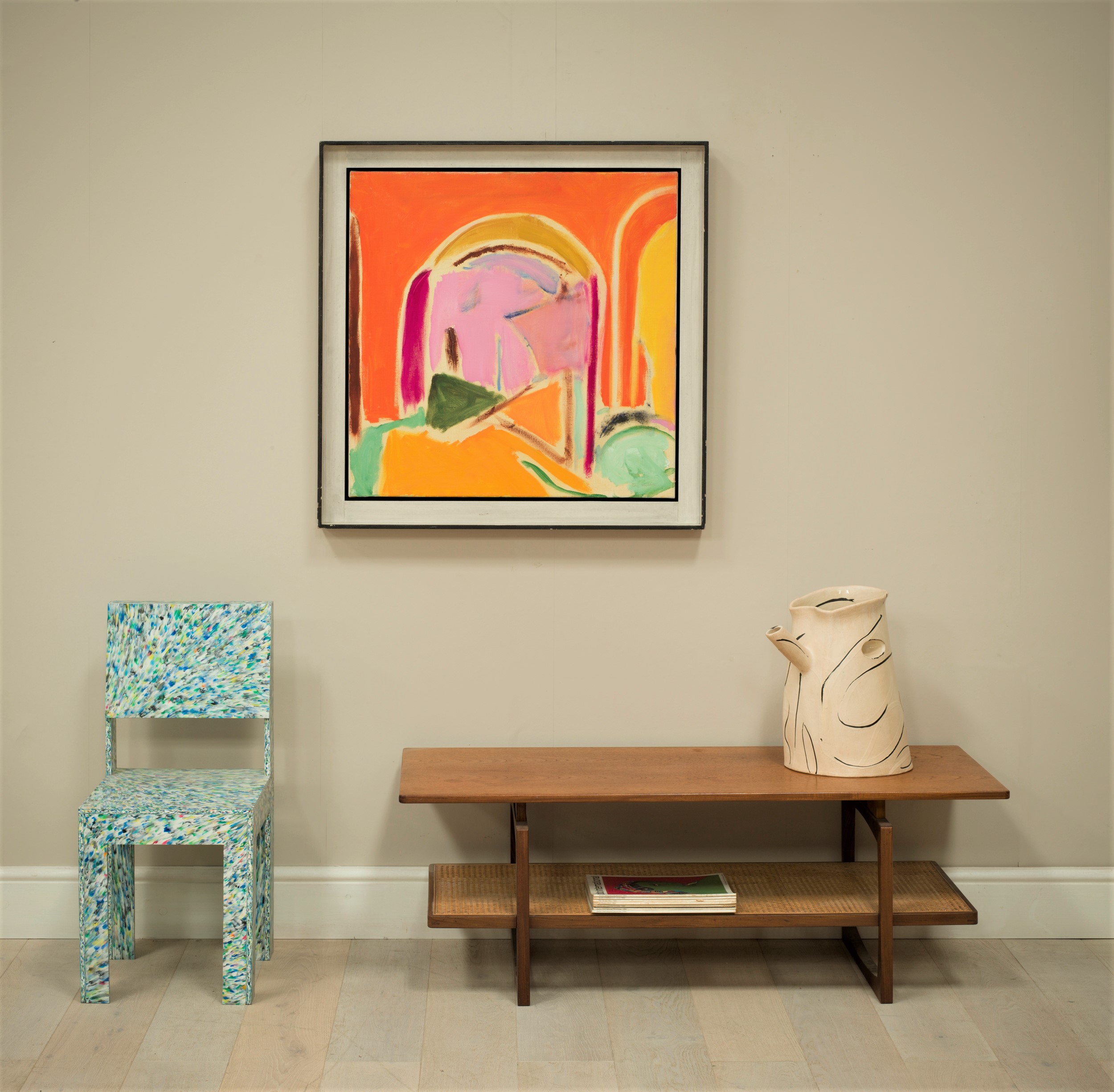 This exhibition features works from artists including Lucien Pissarro, Rose Hilton, Sandra Blow, Henry Lamb, Sir Terry Frost, Clive Bowen and Stephen Dixon amongst other prominent names from British art shown alongside iconic pieces of design including a Jane Atfield RCP2 chair which is the first chair to be made from recycled plastic.

Spanning the mid and latter half of the twentieth century the exhibition is a rare opportunity to see curated art and design set alongside each other.

Collecting is the link that joins objects together. The collation of colour, the context of concept or the incongruous combination just for pleasure.

The Bourne at Farnham

The Mists of Botallack

View From A Window (Studio)

Model In The Frink Studio