It is not often that we see an artist’s role reversed and even less often that we have seen of Frink the sculptor becoming Frink the sitter. When a selection of drawings were brought into the gallery for sale, little did we know what an amazing story would emerge. This story is a fabulous example of many personal stories of Frink that have been conveyed to the archive. The owner came over to Messums Wiltshire in November 2020 and during a conversation about the works he owned, their provenance led back to his parents who had known Elisabeth Frink and her second husband Ted Pool. This brought out a rare insight into Frink, as his father it turns out had been a sculptor himself and on at least one visit Frink sat for him, and even more remarkably a series of photographs remain to memorialise the moment. They are captivating in their informality and also the remarkable significance of one of this country’s greatest artists in a reversal of roles as the subject, not the maker. 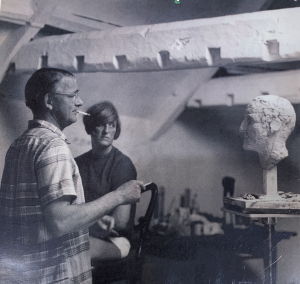 The owner’s parents were both avid collectors of art. The owner remembers there once being a David Hockney being in the house as well as an Adrian Heath in the stairwell. Although he is not quite sure how his parents were introduced to Frink, he thinks it may have been through Alistair Gordon (artist and art critic), whom the owner’s father had served within in WW2. Alistair Gordon was good friends with Frink’s second husband Ted Pool, so this seems like the likely point of connection. The owner’s father decided he’d like to start creating art as well as collecting and enrolled on sculpture course held in Sydney Place, Bath. There he was taught by the sculpture John Huggins, who like Frink worked in bronze and was introduced to Frink by the owner’s father. 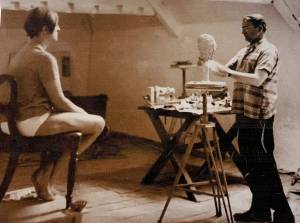 These photographs of Frink being sculpted are intriguing because they present Frink in a light that other photographs of Elisabeth Frink do not show. They show her in a casual setting among friends, rather than the devoted and committed artist in her own studio. These photographs, taken by the family, show the life she had beyond her art, she appears casually dressed with her hair combed far over her face, in shorts and a T-shirt. Her part in the creative process has changed as she is the subject of the material rather than shaping the material herself. The bust remains within the family, having been passed down to the owner’s son. The owner’s family remained friends with Frink for the rest of her life and his sister and mother went visit Frink at Le Village. This house and studio was located near Uzès and Frink lived there between 1967 and 1973 before moving back and buying Woolland.

We’d like to thank the owner for showing us these photographs as well as letters exchanged between his mother and Frink. It’s been great exploring an aspect of Frink we have not seen before. 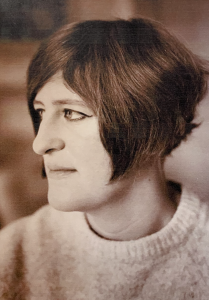 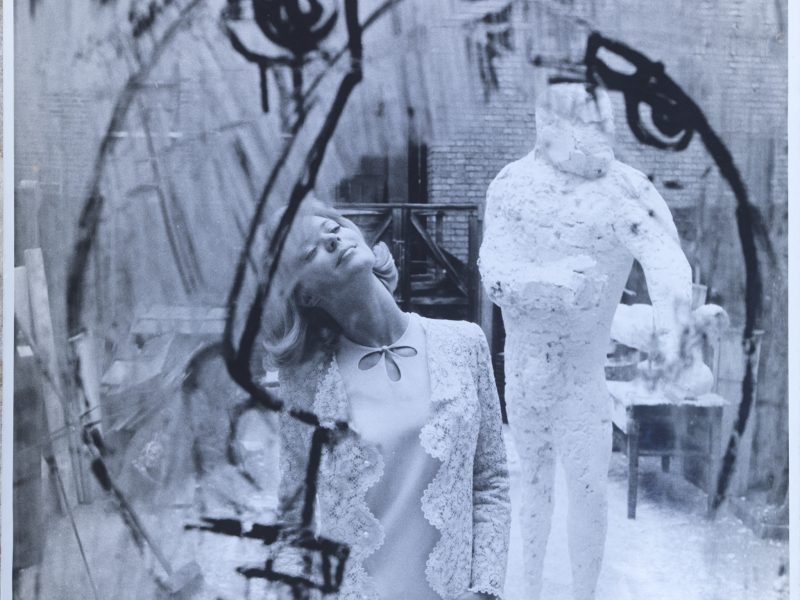 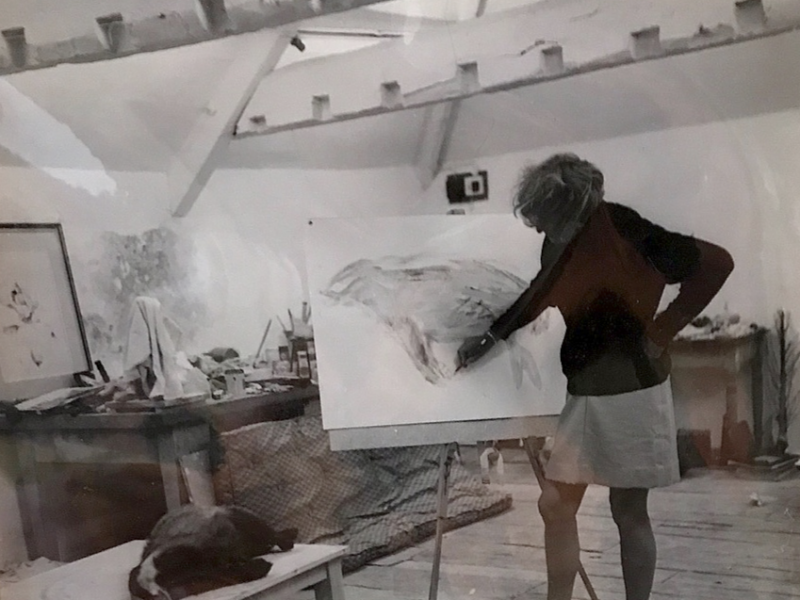 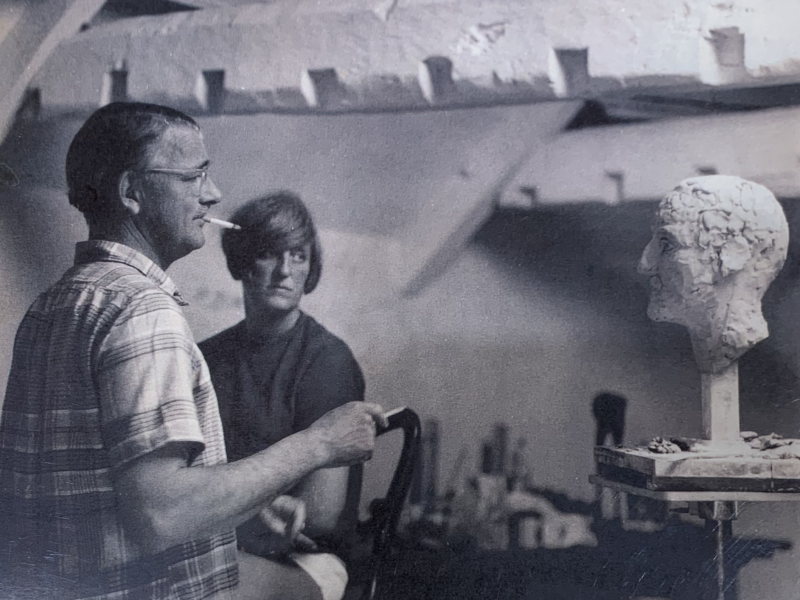