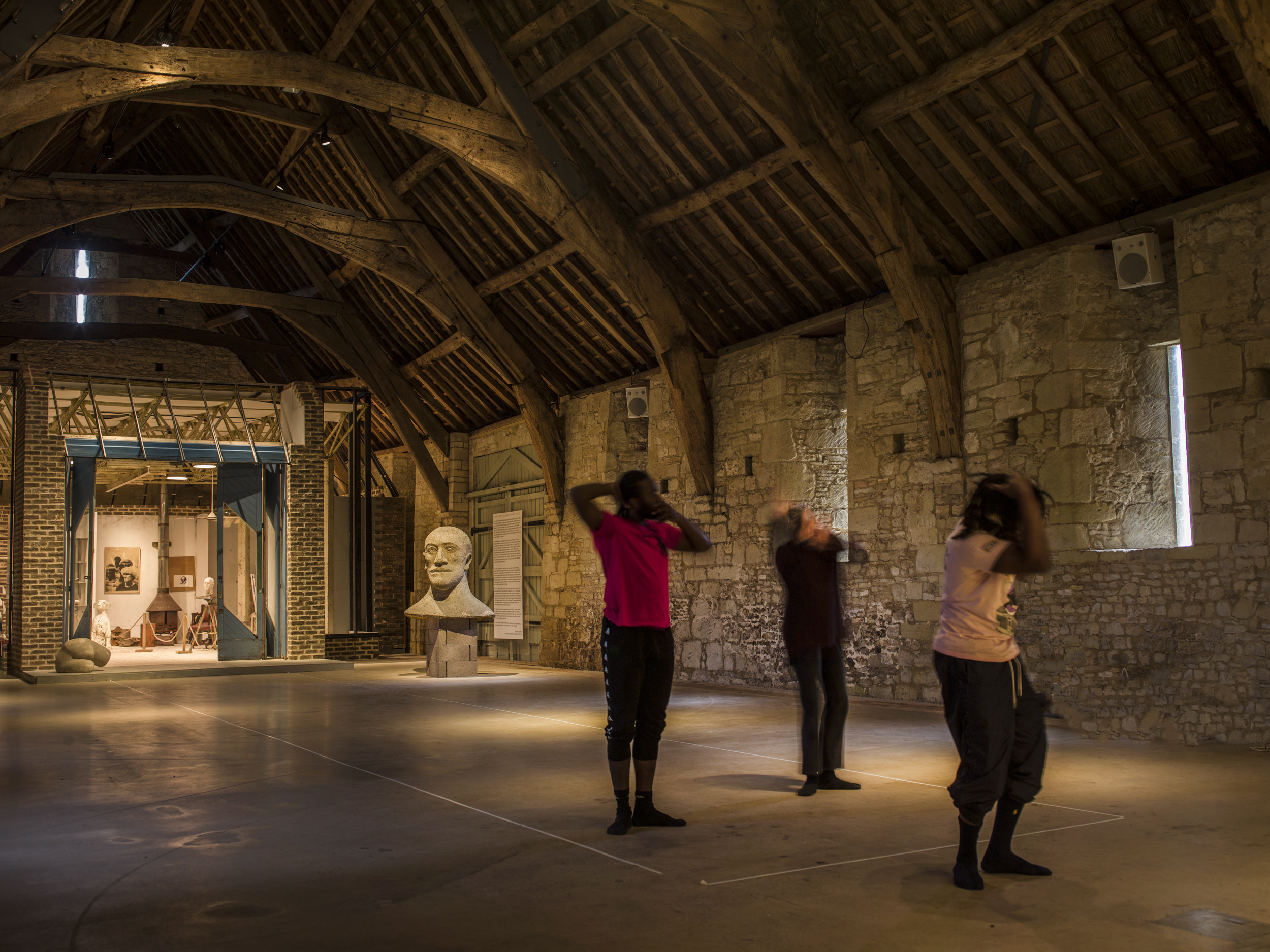 Eight dancers took to the stage at for a new performance ‘Geometry of Fear’ choreographed by our Performance Associate Anthony Matsena.’Geometry of Fear’ is a term coined by the critic Herbert Read in 1952 to describe the work of a group of young British sculptors characterised by tortured, battered or blasted looking human. Although not initially Elisabeth Frink came to be a part of this dynamic.

The work Anthony produced was made in response to the repercussions of COVID-19 and the Black Lives Matter (BLM) movement and the creative energy of Elisabeth Frink’s output and her recreated Woolland Studio, during it’s installation at Messums Wiltshire.

In July 2020 Gommie joined us in the historic Elisabeth Frink Studio in a day residency where he worked on his spoken poetry and visual artworks. Here he recites ‘Elisabeth Frink’ a poem inspired by her legacy.

In one of the first artistic responses to the current global climate we have seen, these new works are a seismograph to the silent rumblings of our connected thoughts and feelings, transcribed into a visual tapestry of poetic form. Known for roaming from place to place on foot Gommie’s practice is centred around using the poem as a vehicle for weaving together individual and national notions picked up on these journeys. 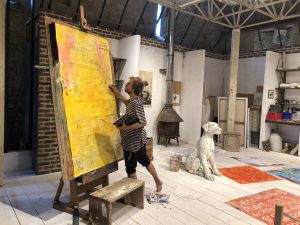 When Elisabeth Frink’s studio was reconstructed Messums made the decision to open it up to established artists and emerging talents, inviting artists into what was her space and making it their own. The first person to enter the studio was Gommie. His new works are a seismograph to the silent rumblings of our connected thoughts and feelings, transcribed into a visual tapestry of poetic form.

The aim of the studio’s creative legacy is not to replicate Frink’s legacy but to create a living studio for our artists to use, where new voices are added to the conversation.

For this reason, Gommie was an excellent artist to be the first to use the studio. Although Gommie and Frink both explore the darker side of humanity, Gommie does this in a more playful and theatrical manner. In a time of not only a national upheaval but also global. Gommie’s work attests to humanity. He says, ‘I’m riding the waves of the present moment and it feels right.’ During his time in the studio, he created a poetic artwork called ‘Increase’ which mentioned Elisabeth Frink and explored the notion of bettering oneself.

He is the voice of so many in the millennial generation and is a prime example of how the studio should promote the new rather than recreate the past. Messums hopes to continue on this same trajectory even after the studio has found a permanent home beyond the tithe barn at Messums Wiltshire. 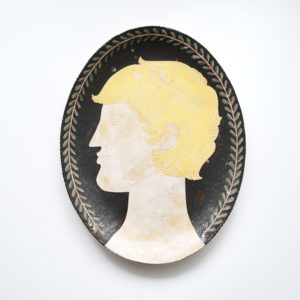 This spring ceramic artist Makoto Kagoshima will exhibit his latest pieces in the Elisabeth Frink studio at Messums Wiltshire, a collection of which were inspired by the sculptor.

In this unique body of works, Japanese ceramicist Makoto has provided us with an artistic response not only to Frink herself in the form of a portrait but also taking inspiration from some of her most celebrated animal motifs. One of these designs is the baboon, which Frink both drew and sculpted through her life and even after her death a plaster baboon continued to reside in her studio in Woolland where it mingled with the tools on one of the shelves.

Frink herself was a keen collector of ceramics, owning a vase by John Piper and plates by Picasso. If you would like to see more of the Frink inspired ceramics please click here.